Guardians of the Galaxy Hits All The Marks 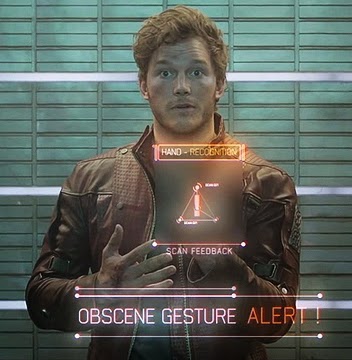 So this is a bit overdue, but my initial kneejerk reaction to the Guardians of the Galaxy trailer was wrong. Dead wrong. So wrong I am embarrassed by what I said. But I'll own up to it.

Guardians was absolutely flipping awesome. A rip-roaring action adventure that at no point took itself too seriously.

It captured the magic of the space opera genre like very few have managed to do. Most of all, this flick had swagger.

Everything James Gunn and company did flew in the face of Conventional Hollywood Wisdom. You know, the thinking that repeatedly condemns big budget science fiction with too many aliens that doesn't have the words "Star Wars" stamped on it as a disaster waiting to happen, but ignore the simple fact that the movie they were bemoaning was humorless trash.

Firefly fans keep comparing it to that. Maybe. What I saw were shades of Star Wars original trilogy with healthy doses of Farscape.

Very healthy doses of Farscape. The most frequently recurring jokes involve misunderstood idioms and pop culture references. It's about a guy from Earth who gets caught up with a crew full of criminals and saves the galaxy from a militant maniac chasing after a cosmically powerful weapon.

Don't get me wrong. I am the last person to dismiss this brilliant movie as a ripoff. But great minds clearly think alike. I've said it before, I wear my inspiration on my sleeve, too.


Every character was memorable, from the feature cast to the more prominent supporting characters to the villains. Though I do wish the standouts like Nebula and The Collector had a little bit more screen time, looking at it from a plot and pacing perspective, they were in it exactly the right amount of time.

But damn Karen Gillan was great. Maybe Dr. Who fans were not surprised, but the rest of us were all like, whoa who's this chick? I am declaring this her breakout role. Just watch. 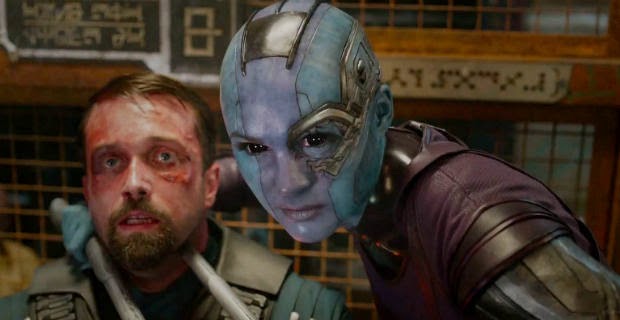 So many scenes were solid gold. Rocket had the biggest laugh lines, naturally, but it didn't ride on the jokes alone. It was chock full of emotional moments amid a ton of fast paced action, set to the backdrop of classic pop music that you cannot help but groove to.

I sincerely can't think of a turkey moment I'd want to forget or need to ignore to get into the story. For example, I love Yondu as depicted in the comics. So on paper, you'd think I would hate the redneck pirate with the crazy arrow played by Michael Rooker. I didn't. He was such a great character I found myself not caring about the change. 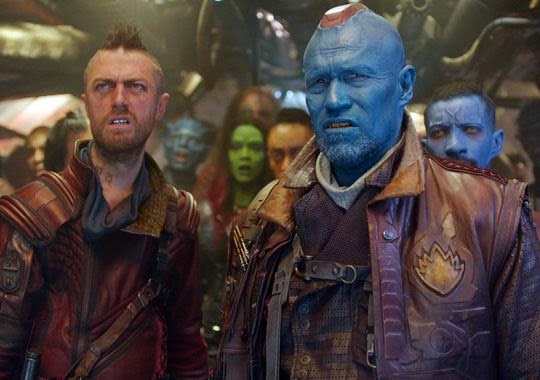 Ironically, this one was one of the biggest departures from the comics by Marvel Studios to date overall. So given my tradition of preaching adherence to source material as the golden ticket to success, you'd think I'd have problems. But I don't. I'd even go so far as to say that these characters in this movie were all more interesting than they are in the comics. Especially Drax.


Like the X-Men franchise, this movie proved that so long as you adhere to the spirit of the original, you can change details up to your heart's content. Keep what works. Stay true to the core of what fans relate to. Change what doesn't fit in a real world live action setting, and the themes of your story.

Yondu the stoic warrior would not have worked in this film at all. But having a guy who looked like him with a similar weapon gimmick was a great homage IMO. 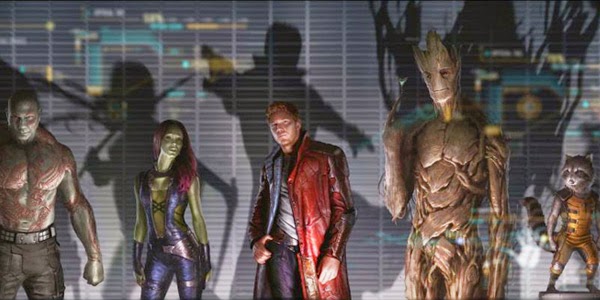 Now I've got to update my ranking for best superhero movies of all time. (Even though it was a space opera, it had more than enough superhero elements to qualify, beyond simply being a Marvel movie).

Gotta think about that one.
Posted by LR Stahlberg at 7:25 PM