It's a little surreal to think about times where television really lived up to the name boob tube. No one understood genre entertainment. The idea of superheroes was laughable. Truly imaginative and entertaining writing was few and far between. Then reality TV saturated the airwaves.

Now I have more choices than I have time to watch, or space on my DVR to hold. 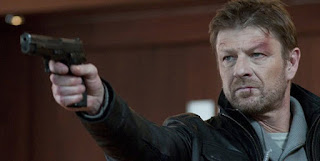 This hard boiled spy thriller on TNT is phenomenal. The premise: Sean Bean plays a deep cover agent who has been in the field so long under so many aliases he has trouble remembering who he is. The hook is insanely complex and intriguing, without falling into the usual trap of getting too complicated for it's own good. And of course, Bean delivers a top notch performance.

An action adventure of a somewhat more lighthearted James Bond flavor. It reminds me of Human Target in its tone and style (GOD I miss that show). Probably because both are based on comic books.

I'm not sure what TNT is doing to attract so much top card movie talent to it's shows, but it's working. James Earl freakin Jones is in it. Sharon Stone is the Vice President of the United States, who finds herself in charge of an agent so covert that the President nor any of the 3 letter agencies know about him. Gerald McRaney plays Agent X's handler, my favorite character so far. Overall, surprisingly hip.

I hated this one when it first started. Like, a lot. They finally figured out what to do with it midway through the first season, and now it's become one of my favorites. 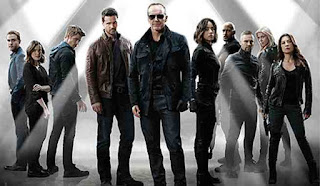 It's still not really the show that I wanted, but the stories are exciting and the characters are engaging.

Coulson lost some of that Dobie Gillis quality without losing what fans fell in love with about him. Fitz and Simmons aren't nearly so one-note. Ward is waaaay better as a villain than he was as Agent Roboto. Bobbie was an awesome addition from the start. May is... well she was the one gem from the beginning so she's still awesome.

I even like Skye now, err... Dais--- no I can't bring myself to say her new stupid name. What were they thinking when they named her that? She's cool now, though. 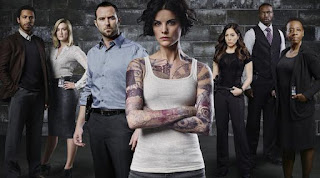 NBC snagged both of the leads from Strike Back and wisely put them in their prime time lineup. Unfortunately The Player didn't stay on my to-watch list for long, but Blindspot keeps me coming back.

I'm always leery of shows like this. The premise sounds gimmicky and formulaic at first blush. A woman (Jamie Alexander) shows up one day with a bunch of cryptic tattoos all over her body, and complete amnesia. In the hands of less talented writers, this would get real boring, real fast. But they've built it into a cool mystery with lots of political intrigue and interesting character dynamics. 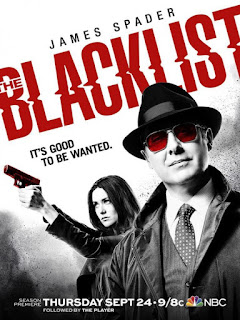 Speaking of shows that sounded gimmicky when I first heard the concept. I cannot gush about this series enough. How it's managed to stay fresh through 3 seasons is nothing short of brilliant. Raymond Redington is a shoe-in for the TV villain Hall of Fame right up there next to Boyd Crowder. And the evolution of Elizabeth Keen from lost babe in the woods (pun intended) to badass fugitive is a work of art.

Hands down the most bizarre crime drama I've ever seen. You will not find anything like it anywhere else. You have to love the Cohen style of storytelling, of course. It does get slow by some people's standards. But the plot and characters are so surreal you can't look away no matter how long the scene. You absolutely cannot predict where this story will go. But despite the insane quality of it all, it feels so damn real you can't help get hooked. 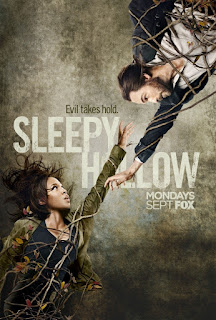 This show almost lost me last season. It was like the writers read all the wrong reviews and forgot what fans really liked about it. The  historical angles got ham handed and silly. The comedy got cheesy. This season definitely got back on track. I'm glad they found a way to keep it going without retreading the same material.

And now for something completely different, my first guilty pleasure of the season. The plot holes are glaring. The formula is frightening. The acting is fairly mediocre. Some of the characters are more caricatures than people. But dammit it's so charming I can't bring myself to delete it from the schedule. I watch it with the same approach as I did with Once Upon A Time (which I gave up on, but I heard got good again, so I might have to give it another shot).

I feel compelled to file this one under guilty pleasure, too. The plot can get, well let's be polite and say thin. The writing suffers from a lot of unexplainable convenience and questionable leaps in logic. But it makes up for it with the characters, especially the villains. Penguin stole the show last season. "The Joker" just ate up the screen this season. Ed Nygma is getting his well deserved spotlight. And I can't believe they made me like Barbara Kean. She was worthless first season, but making her a villain was a very smart move. Not that the good guys are just background mannequins. The show is a case study in how good characters can make up for a lot. 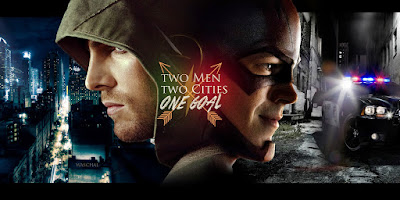 Arrow and The Flash

I list them together because they more or two sides of pretty much the same show. Arrow may have started out trying to be a lot grittier, but it's not so much anymore. Flash remains more whimsical science fantasy. Both remind me of the comics of the Bronze Age. And they really REALLY have me looking forward to Legends of Tomorrow.

Posted by LR Stahlberg at 12:37 PM No comments: